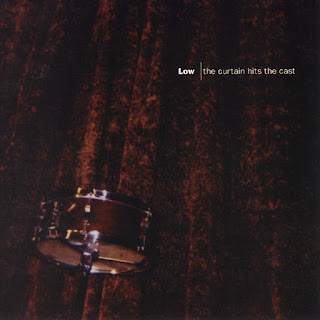 Low pretty much spearheaded the "slowcore" movement - music so slow and minimalist, it was almost ambient.  But, they morphed slowly into a proper Alt Rock band, with Alan Sparhawk's scrawling guitar noise.  Lately, they've morphed again into an experimental mode, with songs being cut up into soundscapes that still maintain a deep sense of melancholy. 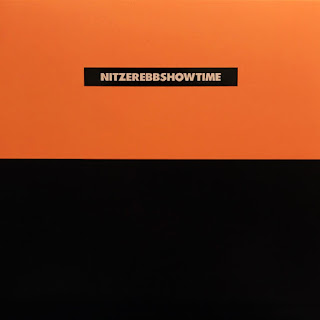 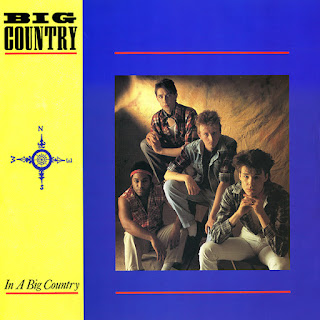 Big Country never got the recognition they deserved in the US but still remained a big band in the UK and Europe until the end of their career in the late '90s.   Their first 2 albums were produced by Steve Lillywhite, who also worked with U2 and Simple Minds.  Thus, they got lumped in with those two bands, as well as The Alarm, as a new wave of anthemic rock of Gaelic origins.  They were actually the most seasoned and musically proficient band of that group, right out of the gate as heard on their debut, "The Crossing."  They went on to make great albums (except No Place Like Home) for the rest of their career until lead singer Stuart Adamson's tragic suicide in 2000. 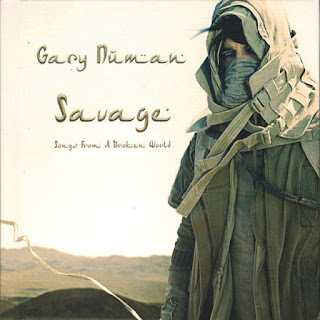 Gary Numan combined his early punk roots with some synthesizer and took on a "Man Who Fell To Earth" persona.  Sometimes it sounds like he made the same album 3 or 4 times in a row before evolving into something else.  But at 60 years old, he's managed to not become a parody of his early image, nor stagnant musically, which is quite a feat. 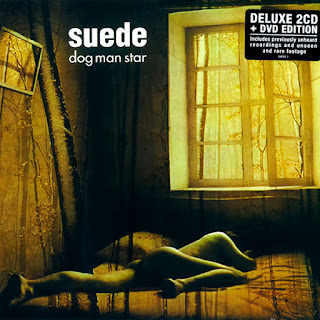 It's fascinating how many Bowie devotees seem to be obsessed with a very narrow portion of his catalog and have created entire careers from a small sliver of influence.  Nevertheless, Suede kicked up some good noise, especially on their earlier albums, while their later work has been more melancholy and delicate.

Email ThisBlogThis!Share to TwitterShare to FacebookShare to Pinterest
Labels: Suede 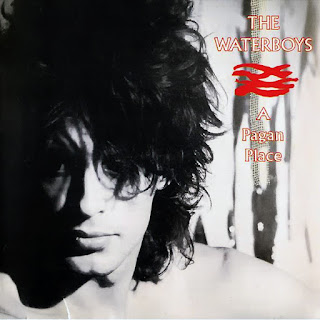 Email ThisBlogThis!Share to TwitterShare to FacebookShare to Pinterest
Labels: The Waterboys 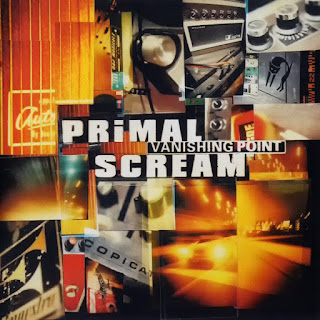 If there's a style of music Primal Scream hasn't tried... just be patient, they'll probably get around to it.
Posted by DV at 2:00 PM 1 comment: 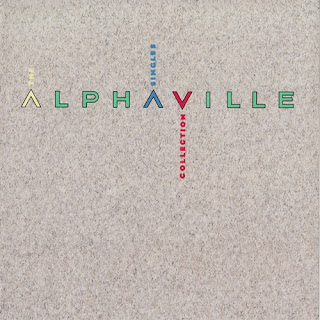 Best known for their 2 hits "Forever Young" and "Big in Japan," listeners may be pleasantly surprised by digging deeper into their catalogue.

Email ThisBlogThis!Share to TwitterShare to FacebookShare to Pinterest
Labels: Alphaville 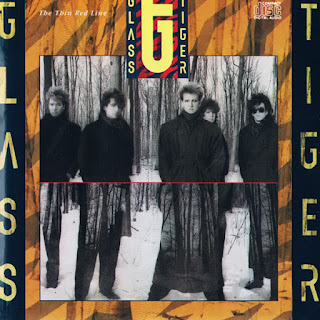 Whether you find Glass Tiger to be representative of the worst middle-of-the-road 80s music, or hail them as one of Canada's best 80s bands... I dunno, but there is some enjoyable stuff among their 3 albums. 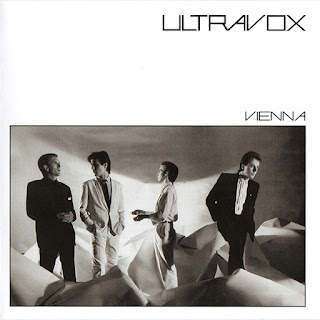 Ultravox never really found consistent success in the US, but did quite well in the UK and Europe.  They have elements that fit into post-punk, new wave, and prog rock, which you might think would mean they would have garnered a sizeable crowd, but those fickle Americans just wanted them to tick 1 box.  Their early years were fronted by John Foxx, then by Midge Ure in the '80s, both of whom went on to their own modestly successful solo careers.  Definitely an underrated band considering their longevity.

Email ThisBlogThis!Share to TwitterShare to FacebookShare to Pinterest
Labels: Ultravox 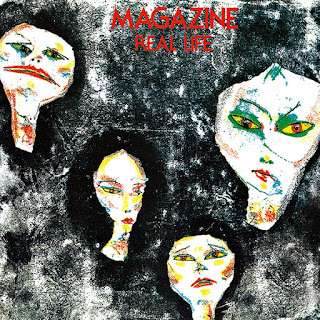 Magazine are the archetypal post-punk band. Started by Howard Devoto after he left the Buzzcocks, they combine the energy of punk with slower tempos and interesting guitar work. Sometimes punchy, other times dark and brooding, their first 2 albums are essential.
Posted by DV at 6:22 AM 1 comment:

Left of the Dial: Dispatches from the '80s Underground 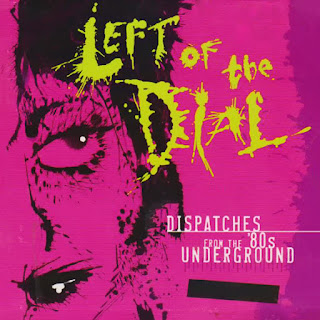 Probably my favorite '80s box set. Are there big artists left off? Yes. Are there some songs I would've swapped out for different ones? Yes.  But as an overview of what alternative music was in that decade, this pretty much touches all the different sub-genres.  If there is one single item you could give to someone and say - this is what alternative music was in its first decade - look no further. 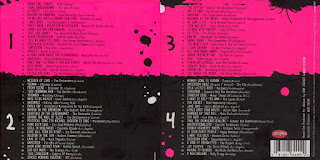 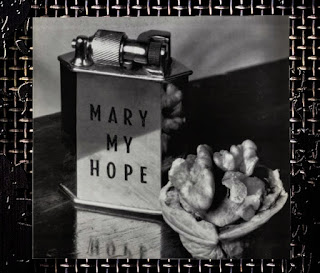 Mary My Hope only made one album, Museum, but it really sounds like the first "grunge" album.  As it was released in 1989, maybe they were just too early.  I think if it had come out 2-3 years later they would've done pretty well. 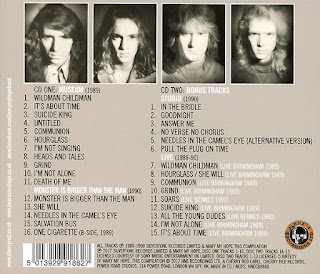 Email ThisBlogThis!Share to TwitterShare to FacebookShare to Pinterest
Labels: grunge, Mary My Hope 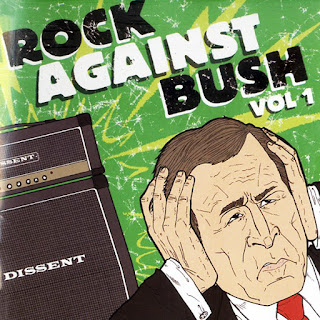 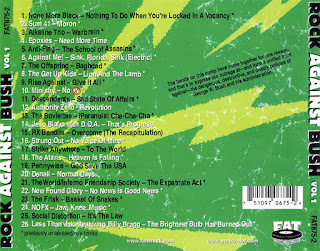 Great compilation set for a great cause.  There needs to be a new one for 2018. 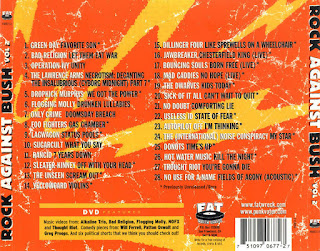 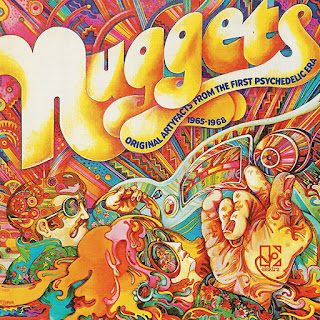 It's odd that a box set of forgotten songs would become a classic must-have, but this 4-CD set collects many non-Top 40 classics, underrated, rare, or weird songs from '65-'68 and it really is an essential part of '60s rock. 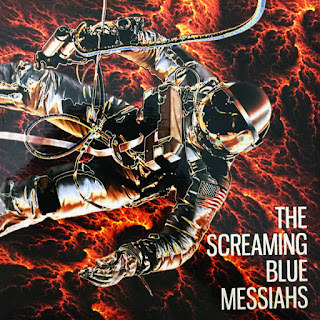 Quirky with a kick. That's how I would describe this three-piece from the UK. Bowie was a big enough fan to request they open for him on tour in the mid-80s. One of their songs was used as the theme music for MTV's "120 Minutes" show. The great Vic Maile (The Godfathers, Motorhead) produced their first two proper albums, "Gun Shy" and "Bikini Red," which spawned the novelty almost-hit "I Wanna Be A Flintstone." Despite that song, there's nothing cute about the propulsive opening track "Sweet Water Pools," which sounds like driving a dual-carb muscle car through a desert highway at 120 mph after a sleepless 3-day bender. 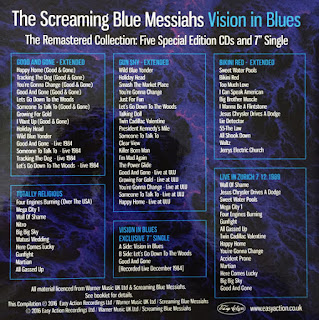 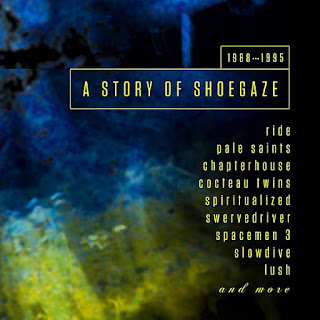 Still In A Dream: A Story Of Shoegaze 1988-1995 is a 5-CD box set that gives a decent overview of the shoegaze era.  I might have chosen different songs, but all the major bands are here, with the exception of My Bloody Valentine. 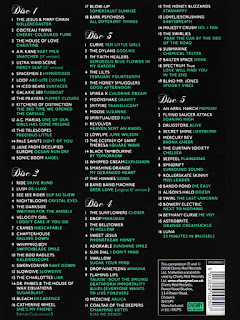 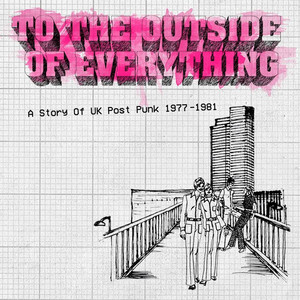 To The Outside of Everything - UK Post Punk 1977-1981 is a nice 5 x CD box set, which serves as a great introduction to the genre. 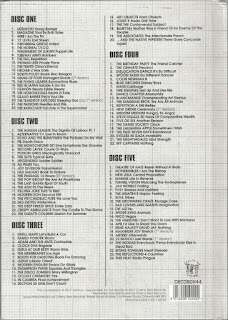 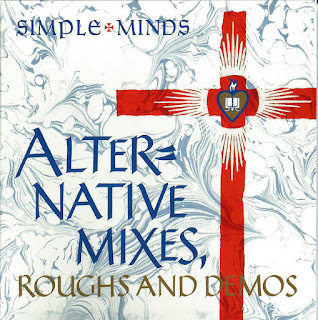 Simple Minds have been releasing albums since 1979. Their early years contain a lot of really inventive music, a moody kind of new wave influenced by Krautrock. Then they moved into some edgy, still moody rock albums before finding mainstream success. They're still at it, too, putting out consistently high quality stuff. 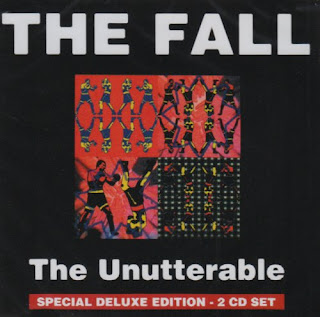 The wonderful and frightening world of the Fall, indeed. By the time you've finished reading this, there will undoubtedly be a new Fall record. They've darn-near put out an album a year since 1979. Some are completely mediocre... except for that one track that is pure magic. And, thus, it's very hard to simply recommend one single album. You're going to have to dig. 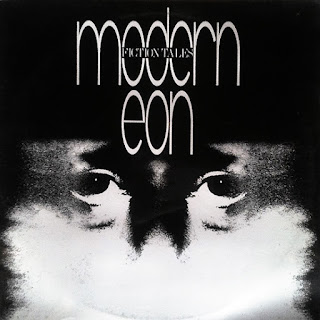 Modern Eon's lone full length album from 1981 never made the transition to the digital world. It's very post-punk with a bit of early shoegaze sound.  From my vinyl rip, tried to clean it up as best I could.
Posted by DV at 4:34 AM 1 comment: 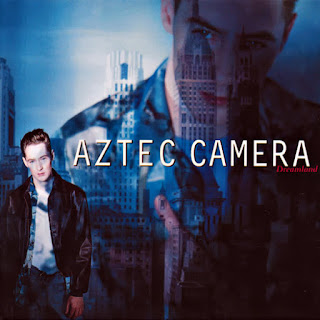 Aztec Camera were essentially a vehicle for Roddy Frame. They scored some big hits in the UK, but only made a minor splash in America, via college radio.  Do check out the final AC album Frestonia, one of the forgotten gems of the '90s.
Posted by DV at 5:56 AM 1 comment: